Why You Need Grit to Succeed 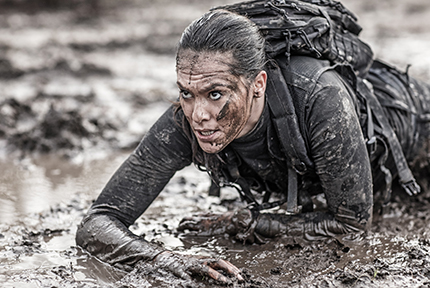 Angela Duckworth is an American psychologist and popular science author. She’s also the world’s leading expert on grit, which is an element of success that she defines as sustained persistence and passion applied to long-term goals. Duckworth started looking into this concept when she was a seventh-grade math teacher, where she realized that IQ wasn’t the defining factor in success. Rather, holding onto and pursuing goals over time was the factor that predicted success in these middle-schoolers.

Duckworth spent the following years analyzing the effects of grit on performance in a wide range of settings, including in school, personal relationships, and career paths, publishing her research in what would become a New York Times bestseller, “Grit: The Power of Passion and Perseverance.” She also shared her findings in a TED Talk that went viral, where she emphasized how grit predicts long-term success in most facets of life. In the TED Talk, Duckworth discussed the importance of “I’ll show you” self-talk, which is a response to “you can’t.”

Duckworth has since founded Character Lab, a nonprofit organization that focuses on advancing the practice and science of character development. She is also a highly sought-after speaker who shares her insights on developing grit and its importance in achieving success.

While grit isn’t the only character trait to focus on developing, it is one that is worth the time and effort it takes to achieve. Duckworth developed the Grit Scale, a questionnaire used to evaluate interest and focused effort over time. You can use the scale to determine whether you currently apply grit in your own life, as well as areas you can improve upon to continue to achieve greater success.